Home > What we treat > The Elbow Joint

The elbow is a hinged joint made up of three bones - the humerus (arm bone), ulna (forearm bone on the little-finger side), and radius (forearm bone on the thumb side). The prominent part of the ulna, at the tip of the elbow, is called the olecranon. The elbow can bend (flex) and straighten (extend), but the joint between the top of the radius and the ulna, called the proximal radioulnar joint, is also involved in forearm rotation.

The ends of the bones are covered with cartilage. Cartilage has a rubbery consistency that allows the joints to slide easily against one another and absorb shock.  The bones are held together with ligaments that form the joint capsule. The joint capsule is a fluid filled sac that surrounds and lubricates the joint. The main ligaments of the elbow are the medial collateral ligament (on the inside of the elbow) and the lateral collateral ligament (on the outside of the elbow.) Together these ligaments provide the main source of stability for the elbow, holding the humerus and the ulna tightly together.  A third ligament, the annular ligament, holds the radial head tight against the ulna.

The elbow is moved by muscles that cross the joint, many of which are attached via their tendons close to the elbow, such as the biceps and triceps tendons. There are also muscles controlling wrist and finger motion, whose tendons attach into the bone around the elbow. Some attach into the prominent bony areas (epicondyles) on the inner (medial) and outer (lateral) aspect of the humerus.

All of the nerves that travel down the arm pass across the elbow. Three main nerves begin together at the shoulder the radial nerve, the ulnar nerve and the medial nerve. These nerves are responsible for signalling your muscles to work and to also relay sensations such as touch, pain and temperature. 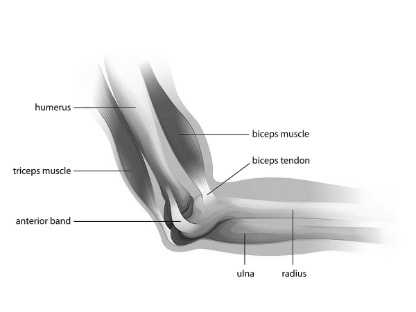 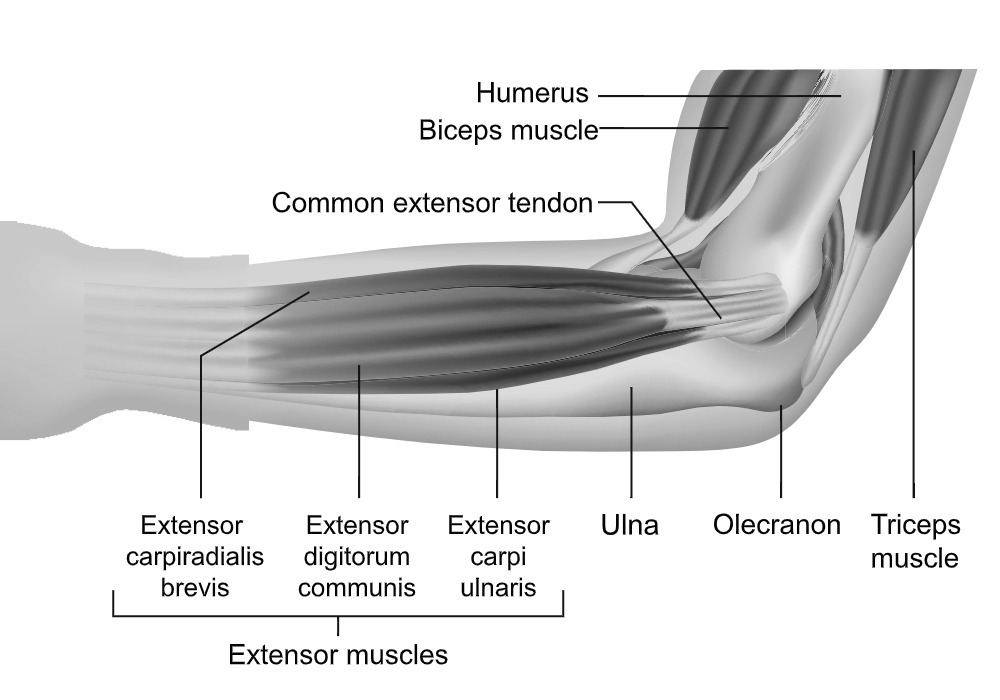